Play This Game With the Lights On: Amnesia, The Dark Descent

There are very few games on my Steam list that have less than an hour total gameplay, and even fewer that I refuse to reinstall. Amnesia: The Dark Descent is the only game that sits unattended in both categories. Now, I feel it necessary to come right out with a confession: I don’t particularly like scary movies. I prefer movies like Hocus Pocus  and Halloweentown to Saw during the Halloween season. So, you might wonder, why did I purchase Amnesia: The Dark Descent? Well, to tell you the truth, I’m not really sure.

It currently sits on my “Not Installed” list and everyday it taunts me with it’s 55 minutes of gameplay. Every year around Halloween I think to myself, “this is the year I’m going to play Amnesia,” and every year I completely chicken out. When I had to get a new hard drive last year, I didn’t reinstall the game even though I still have plenty of room. There are times I hover the cursor over the Install button, and some days when I actually click it, but most of the time I cancel the installation process before the game has a chance to haunt my computer (and my dreams). There’s nothing inherently wrong with the game. It does exactly what the developers intended for it to do: it scares the crap out of me. As far as gameplay is concerned, it’s pretty awesome. There’s no real violence and no real weapons: you rely on your smarts to outwit the bad guy for most of the game. It does contain some disturbing imagery, though, but that’s to be expected considering the content. Amnesia is, by far, the scariest game I have ever played.

In-game, the player takes control of a man by the name of Daniel, who is exploring a dark and abandoned castle where he awakes with no real memory of what happened to him or how he got there. All he remembers is his name and that something is haunting him. Your task is to explore the castle, uncovering his story as you advance through the darkened and dusty rooms. Doesn’t sound too bad, does it? That’s what I thought when I first bought the game. Turns out, Daniel is being sought out by creepy monsters that are attracted to him as he slowly goes insane wandering around the castle. 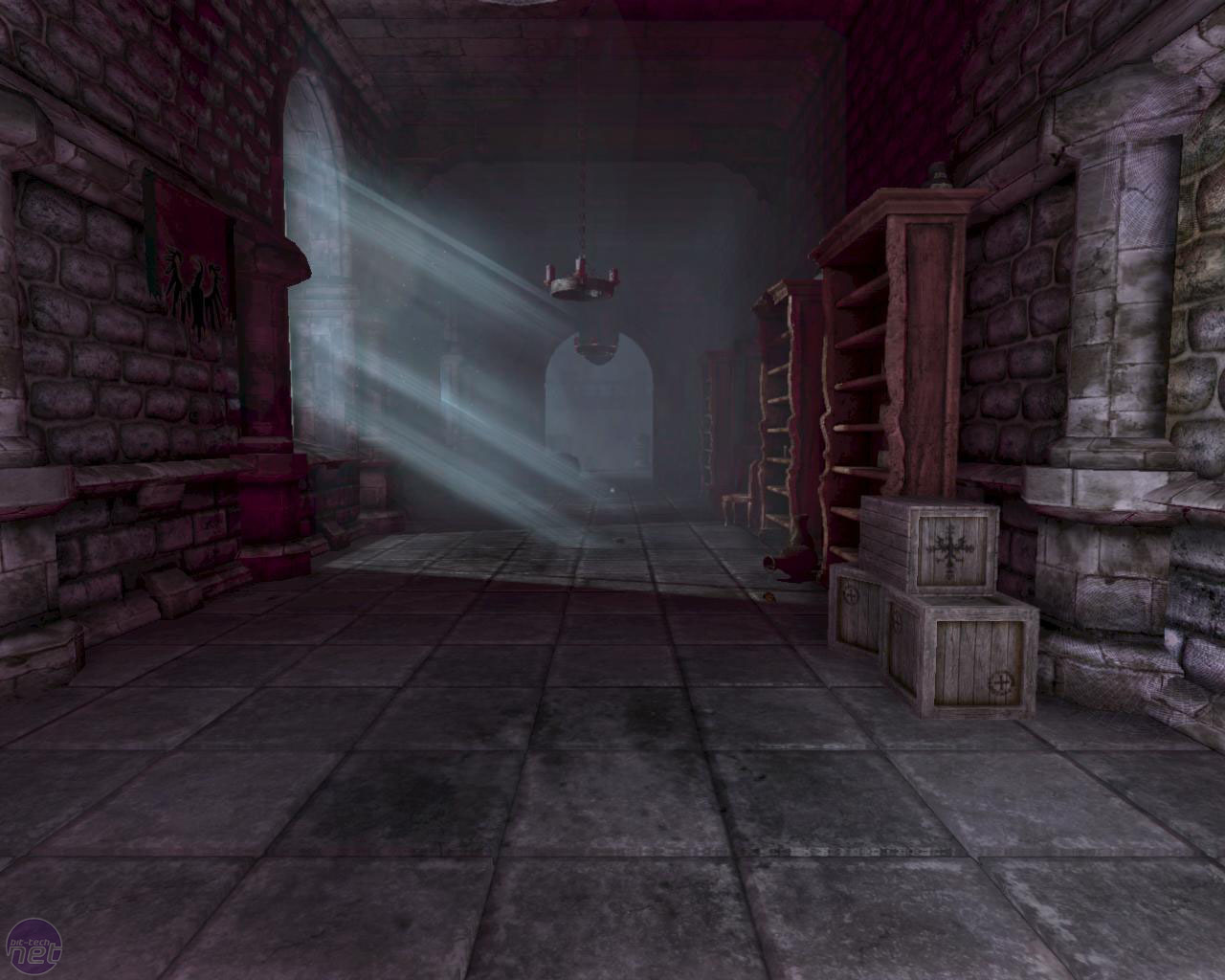 In Amnesia, light is your friend. It helps keep Daniel sane, which helps to keep the monsters at bay, but staying in light for too long will make you more noticeable to the monsters. You are equipped with a lantern and torches, but matches and oil are limited, so you don’t want to use them as often. Darkness, in contrast, causes Daniel (and the player) to slowly lose his sanity, making him more vulnerable to the monsters. The trick of the game is balancing Daniel’s time in the light with his time in the dark, which is a lot harder than it sounds. The game is dark, and makes you want to keep the lantern on but the fear of running out of oil or matches and the monsters makes you want to stay in the dark.

When (not if) Daniel is spotted by the monsters, your only choice is to flee. The monsters will stop chasing Daniel once he is out of sight, but that small amount of time with them following you is just enough to allow the panic to set in. The game uses puzzles to help the player progress through the castle, so there will be times when you accidently pull on a pushable-only door, and with the monsters chasing you, it’s just enough to make you need to get a fresh pair of pants.

What makes the game scary isn’t necessarily the plot or the monsters; it’s the ambient noise. The sound of wind rushing through the cracks in the stone walls and whispers and footsteps behind you is what is really terrifying. The occasional scary monster sound keeps you on your toes, and the ever-present darkness incites a feeling of dread that no other game has ever elicited for me. The atmosphere of the game is amazingly terrifying, and keeps you engrossed even though you want nothing more than to switch the game off and watch a Disney movie.

To see what I mean, the soundtrack is available to listen to on YouTube. [su_youtube_advanced url=”https://www.youtube.com/watch?v=HmkBpCBLnCg”]